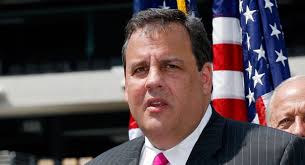 After spending much of last week praising Barack Obama and FEMA in the wake of Sandy (much to the Republicans‘ dismay), we now get word that Chris Christie refused an invite to attend a Romney campaign rally Sunday night.

Initially, upon learning the rally was to be held in Pennsylvania, I figured Christie simply chose not to leave New Jersey. It’s been reported the state is still rationing gas, has 700,000 people without power, and tens of thousands homeless and displaced.

What changed my mind is this:

The Romney rally was held at a farm in Morrisville, Pa., not more than 20 minutes from Trenton, the New Jersey capital.

I understand that Chris Christie will never endorse President Barack Obama. I further understand Christie was one of the party’s first to endorse Romney.

Equally important, however, is the fact that in the wake of huge, extremely vocal criticism of Christie’s complimentary behavior towards Obama, two days before the election, Governor Christie couldn’t be bothered to drive 20 minutes to a Romney rally.

His actions speak louder than any endorsement ever could.