In the “this election cannot be for real” category, we learn Mike Tyson has endorsed Donald Trump for President.

He’s confident Trump is just an “average guy, like everyone else” who needs “time to grow”. He also doesn’t think The Donald means what he says about immigrants and Latinos.

Trump obviously meant every word he said. When someone shows you their true colors, believe them.

Looks to me like this is just one ’80s icon giving support to another ’80s icon, giving no thought whatsoever to any actual political issues and social challenges we’re facing today. 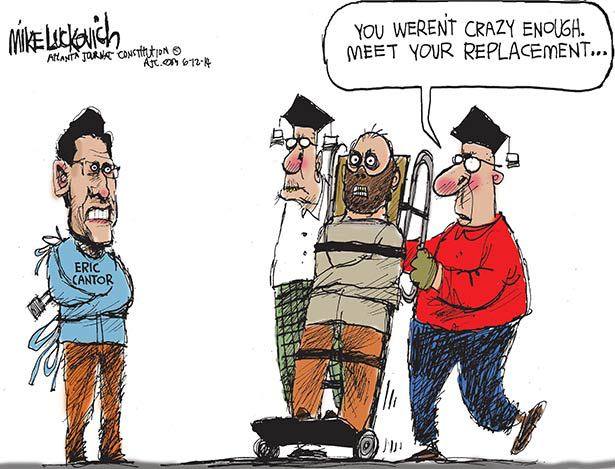 … and in the whiny ass bitch category, we have residents in multiple states requesting secession from the Union.

I’m sure my President will give them a fair price on all their federally funded roads and buildings.

Obviously, the loss Republicans suffered on November 6th was crushing. As Democrats successfully re-elected Barack Obama and picked up numerous congressional seats, the GOP was horrified to watch as they were hit with massive blow after blow.

Now as political pundits and every-day citizens alike begin to weigh in, many on the right are projecting a doom-and-gloom outlook. Some are even lamenting the loss of liberty forever. Others are predicting something akin to apocolypse, as if the world we live in has literally come to an end.

I agree that the world we used to live in seems to be dying. Different than my Republican counterparts, however, I couldn’t be happier about it. No longer can a political party run a campaign based on lies, based on the promised alienation of entire groups of citizens, and expect to win.

That’s what I call Progress, and I am thrilled to have played a small role in helping to achieve it.

Curious, however, is that behind all the complaining and panic, I have heard very little from the GOP regarding changes their own party needs to make to ensure history doesn’t continue to repeat itself.

If the consequences of this election are so massive, to the point where Americans have lost their liberty, their democracy, and are now a socialist nation as conservatives seem to be claiming, why wasn’t that the focal point of the campaigns the Republicans ran? I see many on the right lamenting the fact that voters voted on social issues, as opposed to what they view as more important issues.

However, I can point to several examples of Republican candidates actively turning their campaigns into referendums on social issues. Whether accurate or not, the impression of many is that the GOP ran on issues like Akin’s and Murdouch’s rape policies, an unwillingness to support gay rights (though polls have long showed most Americans support these rights), and a perceived war on women and minorities (especially Latinos). It’s easy for some people to complain that Democrats hijacked the election, making it solely social issues, but for many of us- who feel the Republican Party at best disregarded us and at worst displayed open hostility against us- we had no choice BUT to vote on social issues.

The fact is, women, minorities and homosexuals were made to feel their very rights were at risk. I would have been severely disappointed had Obama lost the election, so I empathize and in some ways understand the Republican response to Romney’s loss. What I have a hard time feeling sympathy for are the actual politicians and handlers that managed these campaigns. Whether or not you agree or disagree, there were millions of people who felt completely ostracized and abandoned by the GOP, believing the only way to preserve their voice in their own country was to vote against that machine.

Republicans ran a campaign that purposefully spoke only to white male voters. Our nation is much more diverse than that. In this way may of us found ourselves voting not for one man over the other, but for a party that we felt represented us.

The GOP has to broaden its appeal, or yes, they will continue to lose.

No party- Democrat or Republican- is going to be able to win an election when the candidates are only attempting to reach a tiny subset of the entire population. Democrats wouldn’t have won the election had they ONLY catered to blacks, or ONLY gay people, etc.

You have to speak to people before you can expect their support. 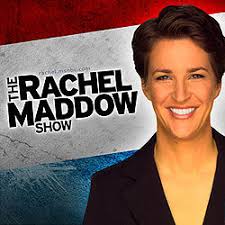 I haven’t heard anyone break this election down better than Rachel Maddow did in this video. This was less about Barack Obama, and more a stand against scare tactics, false attacks and lies.

We spoke, and Rachel explained our voice beautifully.

Virginia Sen. Mark Warner predicted on Sunday that Hurricane Sandy will “throw a little bit of havoc” in the approaching elections.

Virginia Gov. Bob McDonnell has declared a state of emergency, and the Obama campaign has already canceled a Monday rally with former President Bill Clinton.

Still, the Democratic senator President Barack Obama is in a good position in the swing state.

“He looks quite good,” Warner said, noting that a Washington Post poll has Obama over the 50 percent mark. The poll has Obama up four points, 51 to 47 percent, among likely Virginia voters, over Republican rival Mitt Romney.

Yes, even conservatives believe Romney is losing in his bid for the presidency, and is beginning to panic. This, conventional wisdom seems to indicate, is the reason for his off-the-cuff and grossly inappropriate reaction to the tragedy on September 11, 2012 in Libya.

Rather than react as a leader, with solemnity and brevity, Gov. Romney instead manipulated the situation into an ill-timed and grossly misleading attack against President Obama.

See? It isn’t just in our own minds. Romney is dangerous. I suggest a new campaign slogan for him: “Ready, Fire, Aim!”

We can only hope Wisconsin Gov. Scott Walker’s political life has become a little more difficult after a judge struck down his infamous collective bargaining law.

The law would have taken collective bargaining rights away from public workers in the state. So controversial, the legislation helped pave the way for a recall election, in which Unions and progressives tried to remove the governor from office.

The judge in this case ruled that the collective bargaining ban violated both the state and US Constitution, making it null and void.

Vowing to appeal, Walker says the fight is not over. Unions have declared victory for now, though the governor has the option to ask a judge to keep the law in effect while both sides continue to wrangle in court.

High school students were in for quite a surprise when they were shown a graphic documentary that compared a legal abortion to the Holocaust.

Supposedly it was an accident.

I can only imagine the scandal, had a video “accidentally” been shown advocating a woman’s right to choose, depicting the pro-life movement as Nazis making Heil Hitler gestures instead.