In honor of my recent return to my home state of North Carolina, I thought I’d highlight one of my pet cases from right here in the Tar Heel State.

Windsor, NC is a small town in northeastern NC, in what’s known as the Inner Banks part of the state. The population (as of 2018) is roughly 3,630 people. The town’s pretty diverse, compared to other small towns in the area- approximately 45% white, 53% black.

On June 6, 1993, two employees of the Be-Lo Grocery store locked up for the night. It was Sunday, and the store closed at 6 PM. Shortly thereafter, four members of a third-party cleaning crew that had been hired by the store owners arrived to begin their shift. By the end of the evening, three people would be dead, two would be seriously injured, and one would escape physically unharmed.

A man had come into the store earlier, prior to its closing, hiding inside until after the place had been locked up for the night. He robbed the store of more than $3,000 in cash and money orders, and forced manager Grover Cecil, along with cashier Joyce Reason to the rear of the store. He then made Cecil get four cleaning crew members to join them in the rear aisle.

The manager was then forced to bind the other five, using duct tape and dog leashes. When finished, the perpetrator bound Cecil in a similar fashion. He then stacked the six victims on top of each other in three stacks; two people in each stack, and began shooting with a .45 caliber hand gun. He fired three shots – one through each stack – killing three people before his gun jammed. The deceased were Grover Cecil, Joyce Reason, and a cleaning crew member named Johnnie Rankins. A second cleaning crew member was also hit by one of the three bullets, but survived. His name was Sylvester Welch.

With his gun jammed, the killer walked away from his captives, returning shortly with a knife, which he found in one of the rear storerooms. He then stabbed another cleaning crew member- Jasper Hardy- multiple times in the throat and back with such force the knife broke. The sixth victim, the final member of the cleaning crew, was left unharmed. His name, Thomas Hardy. Hardy had been placed on the bottom of one of the stacks the killer had shot through, so the bullets had missed him altogether. He pled with the murderer to spare him, claiming he wouldn’t be able to identify him anyway. The killer, it seems, believed him.

The man then gathered the money he’d stolen, the knife he’d found inside the store, and the store keys and left.

He has never been found.

Sylvester Welch, though gravely injured, crawled to the front of the store and called for help, leaving a trail of blood. The carnage was the worst first responders had ever seen. In interviewing the survivors, key information was learned. The suspect was described as a black male – initially thought to be in his 20s, this was later revised to an older man, possibly in his 30s. The man was tall, 6’0″-6’2″, with short hair, light brown eyes, and weighing approximately 170-200 lbs.

The man claimed to have been an ex-police officer, fired from his job over a drug deal gone wrong. Witnesses say they saw a small white car with Maryland plates driving north on US 17 immediately following the crime.

Authorities are skeptical that the man is ex-law enforcement, as this tip led nowhere. He may have just made up a story to tell to evade capture. Some have speculated that he may have been a current or past member of the military, as there are several bases relatively close by.

Was this his first time?

About a year after the brutal Be-Lo murders in Windsor, NC, another Be-Lo store was robbed in nearby Hertford, NC. The similarities are eerie.

According to assistant store manager Dwayne Gilliam (who had once worked at the Windsor store in the ’80s), a gunman hid in the Hertford store until closing. He bound Gilliam and a co-worker with duct tape and a dog leash, escaping with an unknown amount of money. Thankfully no one was killed.

Hiding in the store until it’s closed? Binding victims with duct tape and a dog leash? Stealing cash? If unrelated, it seems this was a copy-cat crime, at best.

There is a 30,000 reward for information that leads to the arrest and conviction of the Be-Lo killer. 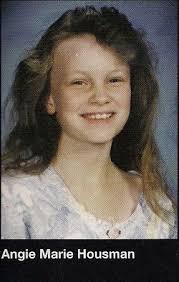